Celebrity chef James Martin, host of BBC TV show Saturday Kitchen, has scooped the Special Award at the Craft Guild of Chefs (CGC) Awards 2013 which also honoured Lima restaurant and The Ivy’s April Partridge.  Martin was the recipient of this year’s Special Award at the annual ceremony, now in its 20th year,  which was held last night in front of an audience of more than 800 industry professionals gathered at London’s Grosvenor House Hotel. 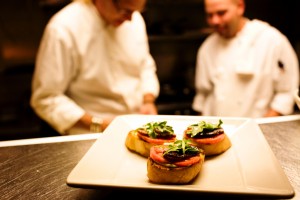 Of the 16 award categories, the Special Award, sponsored by Sodexo, is the only one where nominations are not required  – the winner is chosen by the committee of the CGC who choose one person that has made an ‘enormous contribution’ to the industry.

The celebrity chef follows in the footsteps of Heston Blumenthal, Brian Turner, Raymond Blanc, Phil Howard and Cyrus Todiwala  who have all won the Special Award previously.  Of the 19 previous Special Award winners, 12 were present on the stage earlier in the evening to mark the 20th anniversary of the awards.

Opening the awards dinner and ceremony, Christopher Basten, newly-appointed chair of the CGC,  said the awards were designed to reward chef talent from every area of the industry; from fine dining restaurants and pubs to contract caterers and staff in the armed services.

“The Craft Guild of Chefs is inclusive and this is an important message to spread throughout the industry,” he said. “We bring together people from all aspects of the hospitality and foodservice sectors – from those just starting out in their careers and considering head chef jobs to those at the very top of their game. We want to reach out to everyone that shares our passion for our industry,” Basten added. 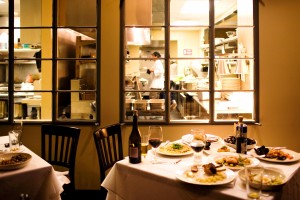